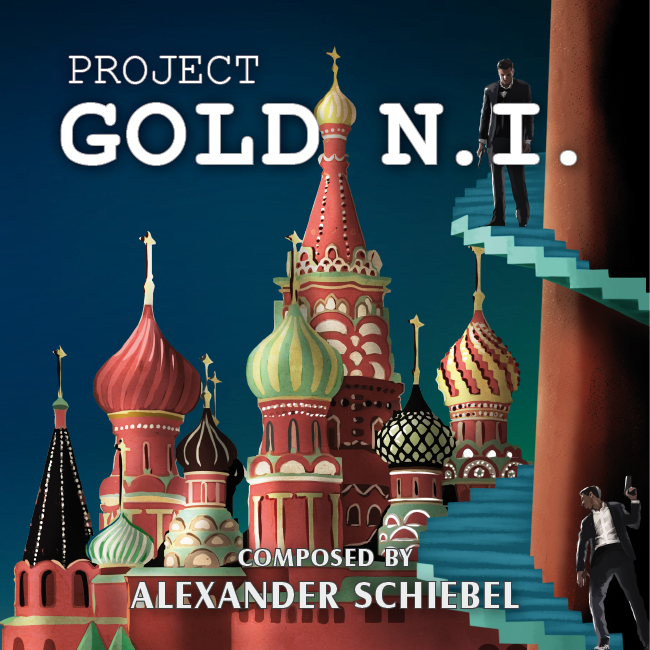 Project Gold N.I. is music inspired by the 1998 James Bond film “Goldeneye” which featured a score that was very different from the established Bond sound and caused quite a lot of dissonance amongst fans of the franchise. This album features a completely new all-orchestral score to the film in the vein of what John Barry might have come up with.

The biggest challenge within this project was to not rely on the Bond theme (for reasons of originality but also for legal reasons) which is why my Gunbarrel cue will not be available on streaming services, but only here on this website. Other than that the music is completely original, featuring a main theme and a staccato brass motif as core elements and also a rather “Russian” melancholic theme for Natalya which develops romantic qualities throughout the score.