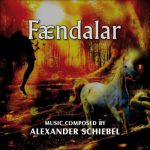 I composed Faendalar in 1996 as a soundtrack to a quite charming short story by a friend of mine. It was all about unicorns, dryads, will-o-the-wisps and other fairy-tale creatures whose realm, Faendalar, had been conquered by the humans of Thessonia. One generation later, the son of the conqueror strives to right his father’s wrong by returning the land to its magical inhabitants. Unfortunately (but not surprisingly) his father, the king, disagrees and a colorful adventure unfolds.

The special thing about this composition is that I originally composed it merely using a Korg 01W synthesizer with its built-in 16-track sequencer. Back then there was no DAW, and I didn’t bother writing down the score with pen and paper. I just recorded the instruments one after another until they sounded massive and symphonic. In 2017 I re-created Faendalar for the use of Vienna Symphonic Library samples and I’d like to think it was worth the effort.

NEW! Faendalar has recently been released on global music services! Check it out on your favorite platform: