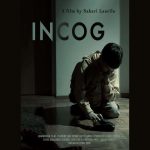 This is the soundtrack to the 2007 independent short film Incog. This intimate and very well thought-through short film shows the journey of a boy through memories and dreams about his grandfather in an attempt to connect to him.

Incog has been an incredibly challenging project for me, because of the frailty of the film itself. There is no dialogue and only a few sound effects, thus the film relies completely on the imagery and the music to tell the story. I really wish I’d have had the opportunity and resources to score Incog with a real orchestra. Apart from that, scenes were very short and apparently unconnected, with no actual story to bind them together. This is why I based the score on a single theme in order to give it coherence. The theme is both child-like and innocent, but also mature and melancholic.