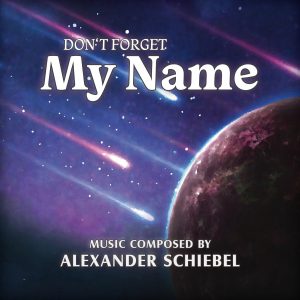 Don’t Forget My Name is music inspired by the 2016 anime movie Your Name. In fact it’s an alternate score, synced perfectly to the original motion picture, aiming to tell the story differently than the original score. As with my previous rescoring projects, this is not to prove the original score to be flawed or lacking, but rather to experiment with combinations of music and visuals and demonstrate how different music affects storytelling.

The music makes use of 4 main themes which represent particular aspects of the story (but are not leitmotives in the strict sense of the term): one motif for the comet, one for Mitsuha’s world, one for Taki’s (both being parts A and B of one bigger theme) and finally a Destiny theme of which a full (song-like) version is included in the End Credits music. The music is at the core orchestral, but heavily complemented by synthesizers and pop drums. I also infused a great deal of Asian spirit by using chinese and japanese instruments which I personally like a lot.

NEW! My Name has recently been released on global music services! Check it out on your favorite platform: