This is probably one of the most diverse and psychological tracks I ever composed. Listen, read along and enjoy! 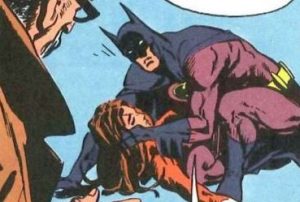 The music starts slowly with the strings. Delicacy is brought to the chords by the use of solo violins and solo cello samples, while Batman looks at Talia’s dead body in disbelief.

At 0:40 The scene cuts to the police department as Gordon reports about the surveillance cameras leaving no doubt that Batman is the one who fired the gun. There’s a notion of not-really-realizing-what’s-happening which is what must be going on inside Batman, hence the the mechanistic nature of the music and the fugue-like repetitions in the muted trumpets.

Then (1:03) Batman’s theme emerges in the low register as he states his innocence, echoing up in the various string sections up to the point where tremolo strings and repeating chromatic figures (1:14) tell us that the rope tightens around Batman’s neck. His desparation makes him even get physical against Jim Gordon and seem like a lunatic to all the policemen present.

A short reprise of the very first bars (timpani, paired with low piano) at 1:29 makes Batman get to grips with reality, and the music resumes tempo as Gordon orders his men to arrest him. Horns and trumpets get increasingly busy and once more we hear Batman’s motif as he escapes crashing through the window (and the tubular bells, at 1:56). 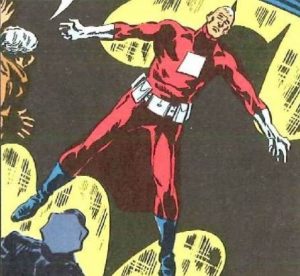 At 2:12 we return to the roof of the GCPD where Gordon still tells the whole story in retrospect (note the chimes from track 01). The music starts slow and introspective, but rises with a symphonic crescendo to the point where one of the thugs is dramatically delivered to the police by – whom else – the Batman.