As part II of the story reaches its end, we get to hear a concert rendition of the Batman Motif. Listen and read along! 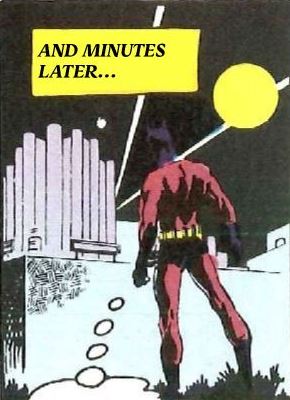 In Track 07 Batman somehow managed to escape, now we see him get to safety through the old sewer tunnels of the prison. The scene is strong picture-wise and works kind of as an epilogue. Scenes like that, which offer a chance to do some grand orchestral music, are rare, so I seized this opportunity to bring part II to an end with a powerful, orchestral rendition of the Batman Motif.

Note that the music does not feature the entire melodic arc, but only the core motif in two “instances”, followed by powerful tritone chords, orchestrated similarly to Elfman’s for his glorious finale of “Batman” (1989). This of course didn’t happen by accident. I wanted to know if I could reproduce his powerful, yet delicate orchestration with my technical means, and using the solo violin to double the first violins really worked well.

Next time: At The Cemetery