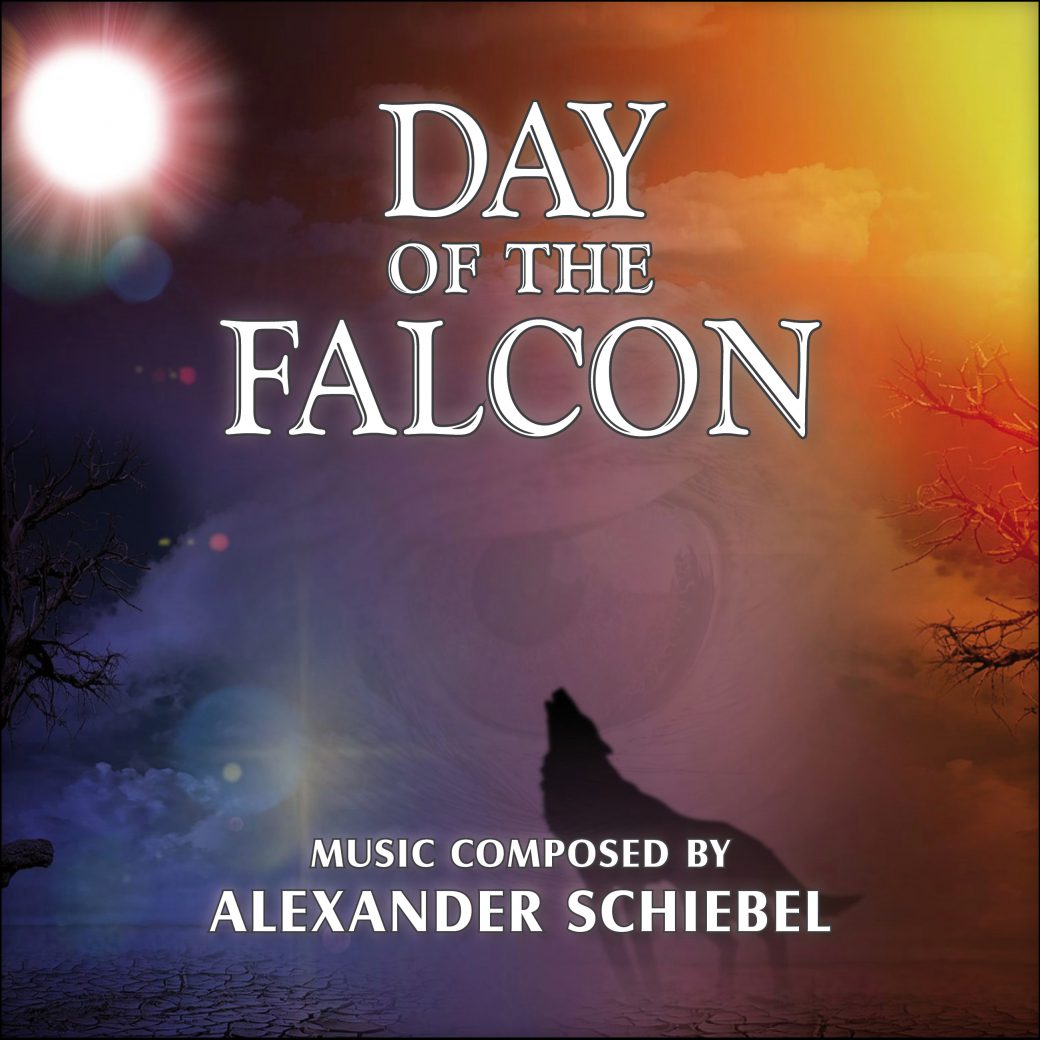 My 2019 released album Day of the Falcon is the result of another rescoring project, its object of course being the 1985 fantasy film Ladyhawke starring Michelle Pfeiffer, Rutger Hauer and Matthew Broderick. This project aimed at finding a completely different tone than the original in order to show the huge impact a score can have on a film. This track by track commentary is to share with you my thoughts and considerations for this alternate score and also the insights that I got during this project which at times were quite surprising.

Track 01 is the Main Titles. Before I started composing the titles sequence, I had already developed the triad-based theme in my mind and on the piano in its entirety. If you watch the titles you can see that there’s actually two parts: one rather ominous with moon and sun wandering across the screen before the label “Ladyhawke” crashes in, and the other after that with flashes of light and pictures of the hawk. It was clear to me that I had to rework my main title material to make it fit the ominous first part. That had a nice side effect, because this way it became the leitmotif for the curse itself. The sun and moon scenery helped a lot. Like those two never really go together, I also shifted the underlying bass line by one half tone, separating it from the rest of the harmony if you will, thus creating a subtle dissonance over the otherwise clear harmony of the harp and (in the repetition) woodwinds triads. btw, there’s a fugue-like counterpoint and a Hollow Man-Goldsmith-esque orchestration at work here which I think worked quite well.

The transition to the second part, my rhythmically driven main theme, didn’t work out very well at the first attempts because I tried to stay close to the original and have the main title “Ladyhawke” accompanied by something fanfare-like. To be honest I don’t think it works well (at least not nowadays) to have fanfare-like music over a main title like this. The last guy who tried was Michael Giacchino over the Main Titles of Rogue One, and even he failed (otherwise his score is next to perfect). So I decided to glide into part 2 (literally, glissando and all).

As I worked through part 2 it turned out that it was extremely long. I had underestimated that at first, but then I realized that if I don’t pull out all the stops musically, this sequence is going to bore the audience to death. So I gave the music a very dense orchestration with lots of crescendos and diminuendos and I cranked up the tempo so that the A, B, C parts of the theme could repeat themselves at least once, thus changing the pace more often. There’s also a reason why I started with the woodwinds, in order to have the second repetition on the strings sound different and new and also more substantial to the audience. As to the theme itself, it focuses on the medieval-fantasy theme of the film, emphasizing the hero aspect in a similar way as the original theme does. The theme consists of 3 parts with parts A and B derived from the same idea and part C being a transition and a coda that would later by accident become Navarre’s leitmotif. Note that I ended the track not with a clear repetition but with a Baroque-cadence-like variation on part C.