Now that I’m officially provider to Spotify & Co I decided to make a short series about the tracks I composed and released recently. I think there may be a few creative decisions that you’ll find interesting. So let’s dive right in. If you haven’t already, start playback and listen along! 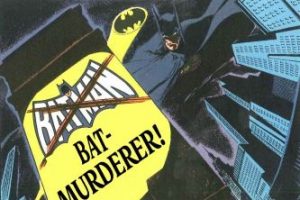 How it all started is the first track of the Dark Guardian soundtrack and its mission is to set the mood and the sound. I decided to open without Batman’s theme, because at the beginning it is all still ominous and we do not know yet what to expect. We get a headline that he’s a murderer, but we don’t know anything particular, and so the music opens without a theme but with chromatic Herrmann-like figures that should tell you that you’re in an old-fashioned, thriller conspiracy detective story with noir elements.

Soon we’re on the roof of the GCPD where commissioner Gordon tells his deputy to shut down the Bat-signal. There’s a notion of sadness and disappointment in the music as Gordon seems to have given up on his old friend, the Batman. Then he starts telling the story how it all came to pass and as a reader we’re told in retrospect. The transition to “a few days ago…” is a musical curtain with chimes, but then the music very soon becomes what I call the “detective sound”. For me, Batman as a superhero has always been about being sharp-minded and a great detective. (Not about being rich). This is the element which the whole story is about – unraveling a conspiracy – and I devised a special sound for that, with low key synthesizers and rhythmic hits with trombone and Timpani – something that is going to return in the Resolution track. 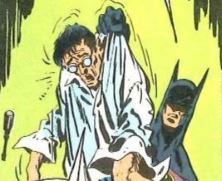 This sound stays with us as we witness Batman forcing information out of his informant, Specs. The music is harsh and almost brutal as we deal with a Batman which is not soft-spoken, but intimidating and even getting physical. Almost a bully. 🙂 There’s competing instruments here, btw. The brass and the timpani are the intimidating Batman, whereas Specs is the woodwinds that arpeggiate chords up and down, almost as if trying to escape.

Let’s follow Batman to his next clue. There’s a lot of cuts in the story from one scene to another, and I tried to make those transitions as musical and pleasing as possible. On the high note we arrive at the docks where we have “night & stealth-music”. I particularly love the flutter flute here and the pulsating bass drum. They proved so effective that I decided to keep them as a recurring element throughout the score. The bass drum particularly kicked ass when the Batman Theme comes in, giving it a modern drive and pulse. Batman’s theme btw has not yet been featured. On purpose so, because he hasn’t been introduced as a superhero yet, but rather as someone who follows one clue after another. 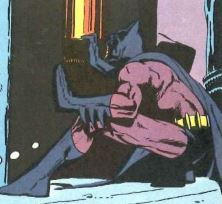 The music finally gets ominous and dissonant as Batman secretly overhears villains planning their coup, until a rat makes some noise and the villains send of them, Huey, to have a look outside. The tension of the moment is represented by brass staccato, and that’s pretty much it musically. As Huey seemingly can’t find anything suspicious he returns to his mates and the scene comes to an end.

Next time we talk about: The Gala Robbery