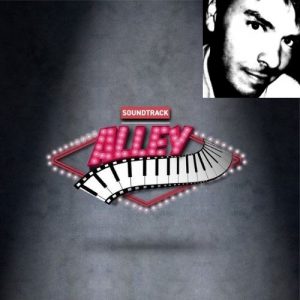 Soundtrack Alley Podcast Episode 56 is out, folks, and it features an interview that Randy Andrews and I did a few weeks ago. Randy asked me about my musical upbringing, my favorite composers, things that inspire me and of course the various projects I’ve worked on including movies, games and podcasts and – foremost – my work on Batman: The Bat-Murderer. Also featuring the new Soundtrack Alley intro music which I composed for Randy prior to the interview.

This is a great opportunity to get to know me and my music, and it also contains material that will probably never be officially released (like me playing the theme from Defender of the Crown on a synthesizer or a mockup that I’ve recently done for an upcoming audio book production).

I must, however, apologize for my English. Most time I had to concentrate on finding the right words and I had no idea that I’m sounding like Arnold Schwarzenegger. 🙂 I hope listeners don’t mind too much and can enjoy the music after all. My thanks and a big shout-out to Randy Andrews who not only has been a great host but also is a wonderful and professional person to work with. If you haven’t, visit his site Soundtrack Alley and connect with him on Twitter.