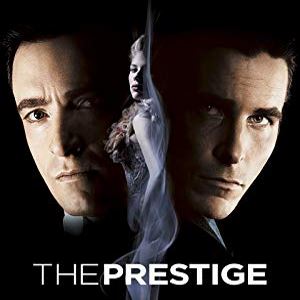 Christopher Nolan’s films are quite a challenge for a film composer. Content and structure are complicated and they seem to rely on sound more than on music. I recently watched The Prestige and I have to say, rarely have I seen a movie that is scored so differently from what I would envision for it. Well, I’m not a director, so I’m probably the one having it wrong, but I don’t care, I just wanted to see how a more symphonic, colorful, melodic, thematic and “upbeat” score would turn out in combination with it.

And so here I am, once again rescoring a classic and learning so much from it, experiencing the wonder of how pictures are changed so significantly by the music that so many people consider to be “just underscore”.  (As to the following video there’s the usual disclaimer: no tweaking, mixing and mastering has happened so far, so it’s all very rough. I left the original soundtrack in it btw to make it comprehensible.)

I’m curious – what do you think? How does the rescored version change your perception of the prologue? Would you like to watch the movie with such a different “vibe”? Would you like me to go on and score a few more scenes from it? Let me know – here in the comments or on Twitter.